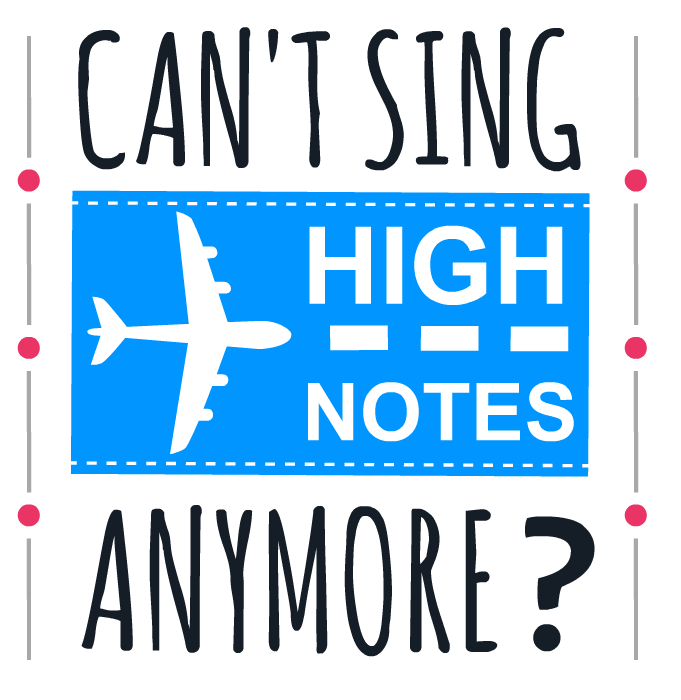 So you've lost your high range - let me start by saying I totally understand how frustrating it is to step up to the mic and and have no high notes, because this actually happened to me personally many years ago during an important recording session - in fact, I had torched my voice so badly from show after show that I really struggled to sing anything, let alone the higher notes.

I'll share a "before and after" with you in a moment that shows you the exact problems I was struggling with - the massive improvements my singing has made on every front, and simply put: the #1 thing that helped me rediscover and even increase my high range.

Before we get started and I share with you the absolute Secret Singing Sauce that allowed me to rebuild my range and return with more range, more power and more control than I had even had previously - let me tell you exactly what happened to my voice to cause me to lose my high notes.

What Happened To My High Notes?

There's quite a few reasons you might find your high range has diminished, and providing you haven't done any physical damage to your voice along the way - it's likely that your voice has simply changed over time, but your approach has not adjusted to these changes in any way.

I realise now that the issues I experienced many years ago are in line with the natural maturation of my voice - what simply "worked" when I was younger had really stopped working for me. This was totally a reflection on my poor technique as a singer at the time rather than any true issue with my voice - in particular, the 'recovery time' that was only a few seconds or moments after pushing a high note had actually become days, weeks and honestly MONTHS for my voice to return to normal again without breaking and flipping.

It was simply "make or break" time for my voice - either I had to step up and become the professional singer with professional vocal technique that I had always dreamed of, or my ability to sing was simply going to decline with time as a total hack with awful technique and poor vocal health.

Looking back at the "before" video I'm about to share with you, it's now obvious what my issues were;

With even just one of these issues, you'd be in for a world of pain with your voice performing show after show - but with so many issues, my voice was obviously doomed from the start.

If you want to check out my "Before and After" examples, simply watch the video below.

If you want to learn the #1 most important thing you will EVER learn as a singer, and the #1 technique that not only gave me back the high range that had disappeared due to poor technique, but also allowed me to extend my range even further than I had ever been able to sung before - just watch the video all the way through.

Sign up to the vocal plan below to start rebuilding and extending your range:

To Learn How I Got My High Range Back