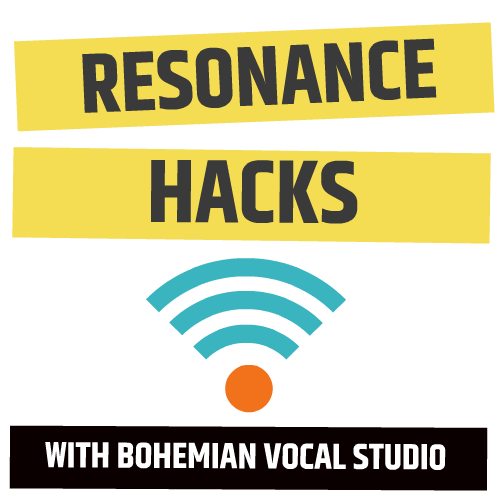 As 2020 is drawing to a close, it's time to start thinking about goals for the new year - and what better goal for 2021 that to become a POWERHOUSE singer?

The first thing to do is work out what your voice really needs for you to become a better singer;

Do you want more range?

Do you want more power?

Do you want a better tone?

Of course you do - who doesn't want more range, effortless power and a better tone?

But the real question is exactly HOW you build a better range, more power and a beautiful tone - and that's what I'm about to share with you.

For me personally, my long term goal over many years has to become the absolute best singer I could become - in particular consistency, more range and to improve my tone.

The key here has really been to improve my approach to singing vowel sounds - in particular learning the four vowel overtones that come with each group of vocal sounds.

You've probably noticed before that your favourite singers sing their vowel sounds 'differently' somehow to speech sounds - more open, less articulated and with a hell of a lot more resonance.

And here we reach the key to building a better voice in 2021 - Singing With Resonance.

How To Sing With Resonance

When we talk about resonance, we're really talking about a sustained musical resonance to your voice when you sing - instead of syllabic SPEECH. SOUNDS. LIKE. THIS. instead we sing with sustained resonance within our vowels MOOORE-LIIIIIIIKE-THIIIIIIS.

By developing a bright, forward and beautiful tone that is sustained on the vowel instead of pushed on the syllable or consonant - we enable more range, a better tone and ultimately more power in our singing.

And this leads me to the vowel overtones.

Have you heard of Vowel Modification before?

Vowel Modification really is one of the most important things you'll ever learn as a singer - but the term "vowel" in vowel modification is often confusing to beginner singers who think that "vowel" really just means "A-E-I-O-U" like it does in your speaking accent.

When we sing a "vowel" as a singer, it's really a resonant overtone that gives the illusion of a speech sound, like AH or EH rather than the vowels you use with your native tongue and accent. For example, the speech vowel that I use as an Aussie is often quite different to the resonant overtone that I would sing the same word with - for example the word 'EYE' is really an AH vowel in singing, and the word 'SELF' is really an AY vowel when we sing.

But herein lies the most important thing you will ever learn as a singer:

There Are Four Different Overtones Within In Each Vowel.

That's why your favourite singers sing their words different in their high range than they do when they speak.

That's probably why you're straining and struggling to sing high notes too - right?

One step better than just telling you there's four vowel overtones, I'm actually going to SHOW you how to sing every single vowel overtone within your two main vowel groupings in this special video lesson:

Big Dreams? You Need a Big Voice to match.