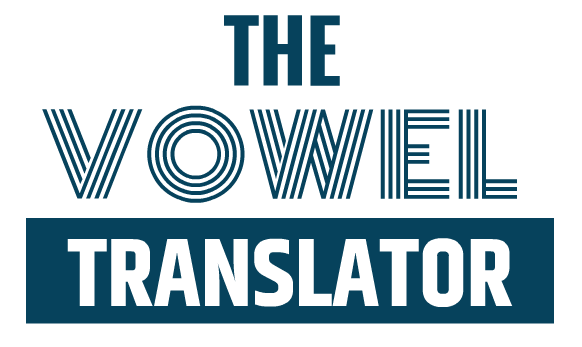 63 thoughts on “The Vowel Translator”