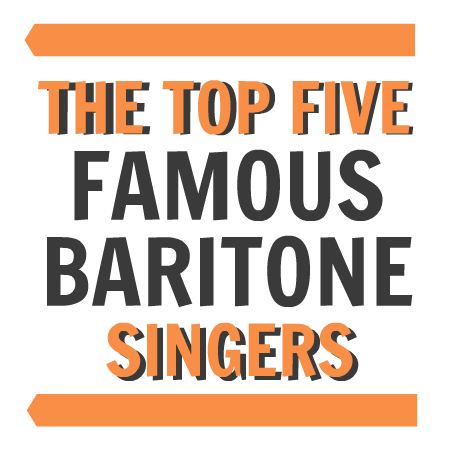 The baritone voice range, known for it's richness of depth and low pitch, is often overlooked as one of the most common voice types. In my experience as a voice coach, at least three quarters of my students are Baritone singers - in part due to Bohemian Vocal Studio being one of the only, or at least very few effective resources out there designed for teaching Baritone voices how to sing better. In this list, I'm going to prove that yes indeed, Baritone singers DO rock, and CAN build powerful and extensive voices - with the right training.

Lets get to it with the Top 5 famous baritone singers:

I'm sure you're not shocked that Johnny Cash is the first in this list of famous baritone singers. Known for his outlaw country tunes about wheelin' and dealin' in the good old days along with his immediately recognisable baritone voice type, John Cash is famous for singing Baritone songs like A Boy Named Sue, I Walk The Line, Ring of Fire and others with a rich, deep and rumbling speech-like delivery. A personal favourite Johnny Cash tune is his rendition of Nine Inch Nails "Hurt", accompanied with a heartbreaking clip, you can just hear the years and miles that have been put on that magically rich voice. I wouldn't say that Johnny Cash was a 'great' singer from a vocal technique perspective, but what he had, he made the best of - I especially love how the money note for Johnny Cash was often the lowest note in the song, rather than going for a high note or belt like other famous baritone singers often went for.

Chris Cornell's voice range extended from low in the 2nd Octave well towards the top of the 5th Octave, proving that a Baritone really can make it in a supposedly Tenor's world - and that developing the right vocal technique plays a bigger part in an extensive and powerful vocal range than your vocal type.

Another favourite Baritone from the 90's era is Mark Lanegan, the brooding and imposing figure who's ubiquitous voice can be heard on albums by The Screaming Trees, Mad Season, Earth and Queens of the Stoneage. While vocal prowess probably isn't what Mark is best known for, his booming and swampy baritone is as unsettling as it is soothing. Lanegan's voice is proof that an expansive career isn't ALL about extensive range - sometimes expression and tone is as impressive as a wild range.

Another personal influence, Eric Burdon's extensive baritone belt is still as powerful and consistent as it was in the 1960's, albiet with a bit more gruff and gravel than the smooth and seemingly endless range of his youth. Eric Burdon makes use of a powerful belt register care of a well developed middle voice coordination, along with great Baritone vocal placement for an efficient and HUGE sounding resonance. Eric Burdon's voice range extends from low, low in the second octave well up towards a high C, making his voice the ultimate rock belting machine, as versatile as it is powerful.

Another singer known more for his extensive and shrieking wail than his natural Baritone range is Axl Rose. Gun's 'n Roses Songs like Civil War, Don't Cry and It's So Easy have been mistaken as having two distinct singers - when in fact they utilise Axl's natural Baritone range juxtaposed against his screeching high range. While he's not known for having great vocal technique, and it's totally not something you should do to your voice - Axl deserves a mention out of sheer vocal extension and individual style rather than solid vocal technique. There's a good reason why you don't hear to many singers singing like Axl, and it's the same reason that Axl doesn't sound the same now as he did in the 1980's - it's quite simply not a sustainable healthy way to sing, but MAN is it instantly recognisable and unique.

How Can A Baritone Learn To Sing Higher?

As you can see from the list above, your voice type is not necessarily indicative of your vocal range - you can learn how to increase vocal range no matter your voice type, and even a Baritone voice can be trained to sing with an impressive high range like Chris Cornell, James Hetfield and Axl Rose. The first step is to build a strong foundation, and as I often say to my online singing students, your singing voice is only as good and strong as the foundation that it's built on, and the exercises you practice are only as useful as the intention and understanding behind them. Make sure you understand the singing approach you are trying to implement, and you ask your voice coach how and why their methods and exercises will help you build a stronger and healthier voice. 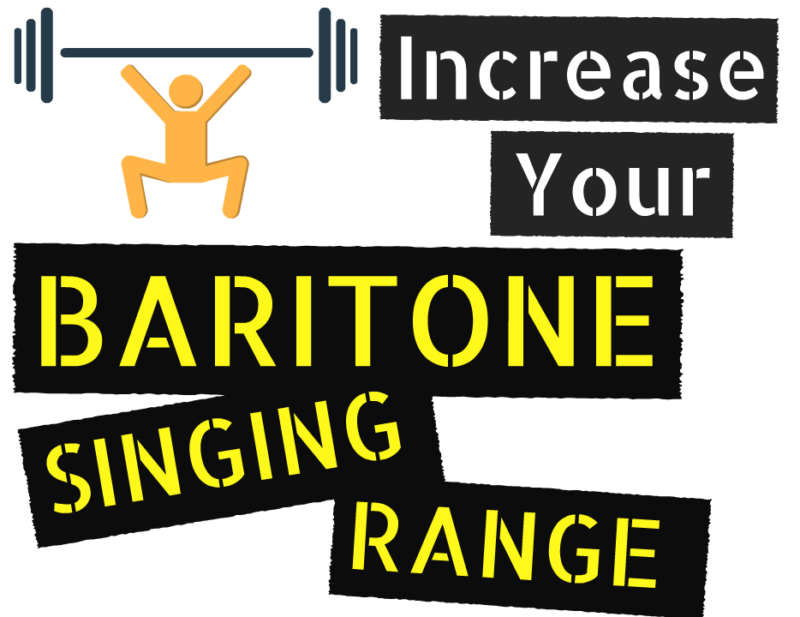 Your foundation starts with posture, diaphragmatic breathing and resonance placement. By setting up your posture and implementing Appoggio singing technique, you ensure that your breathing is controlled by extension of the diaphragm rather than expansion and contraction of the ribs, leading to a resonant, powerful and strain free singing voice.

The easiest way to build your vocal foundation is by mastering The Four Vocal Fundamentals;

If I had to pick just one thing to learn all over again as a singer, it would definitely be these four fundamentals - by mastering these basics, absolutely every singer can increase their vocal range with great effect and extensive reach, but it requires dedication, professional training and consistent practice - and on the flipside, every single issue you're currently experiencing as a singer relates directly to one these four basics.

With the Foundation 101 singing course

If you're wondering whether it's really possible for a baritone to learn how to sing higher, let me just show you with a few quick examples of what I'm personally achieving now that I've mastered The Four Vocal Fundamentals taught within Foundation 101 - just imagine the incredible singing voice you're going to enjoy once you've mastered your foundation!

As a beginner singer, I often wondered whether I really had what it takes to become a great singer, or whether I was just wasting my time - I really wished that someone could just TELL me if it was possible, or even how to better spend my time or what to focus on for more progress and better use of my time...

This Vocal Improvement Quiz will calculate your exact potential for improvement as a singer, along with how to best spend your time for greater gains and meeting your goals; best of all it's simple, super accurate and most singers are totally SHOCKED at the results!