You just "sing" the word the same way that you speak it - but at a higher pitch and volume.

...and some people just have better voices than guys like us, right?

^ I can't even begin to tell you just how WRONG these statements are.

And that's because there's a little know secret that the Pro's know that you're probably not aware of.

The Tongue is key to great singing.

The POSITION of your tongue, to be exact.

Tongue position in singing really can make or break your voice - and it's also one of the most important elements to singing your vowels correctly.

"But aren't vowels the exact sounds that we SPEAK with?" I hear you say.

But, we don't SING a vowel in the same way that we SPEAK a vowel.

Do you raise the soft palate when you speak a word? No.

Do you make use of your whole dynamic range when you speak? No.

Do you hear your favourite singer struggling with their native accent? No.

So why are you trying to SPEAK when you SING?

This took me many years to learn myself - in fact, I recently detailed how I spent over $15,000 on singing lessons, courses and books before anyone bothered to tell me that tongue position is key to great singing.

I sometimes even feel like this was deliberately withheld to keep me as a paying student for as long as possible.

I'm sure that's not really the case - but it sure felt like it for a long time.

Until I learned the simple, but mega-super-extra-gigantically-crazy-important fundamentals I'm about to share with you.

But before we do that, I want to reassure you that there really IS light at the end of the tunnel for you as a singer - yes, even you guys and gals out there that feel like you just don't have what it takes to be a great singer; because this is EXACTLY how I used to feel.

I strained and struggled.

I took lessons for YEARS.

I hated my voice.

I had no high range.

I used to blow out my voice two songs into every show.

And the kicker - I started to feel like I just had a shit voice, it was just broken, and I should just give up completely and stop making a fool of myself.

I don't want to go on and on and on about myself, but from these humble (and probably familiar) beginnings, I now get the most AMAZING feedback about my voice;

In fact, even other voice coaches out there with tens of thousands of subscribers of their own are saying that "Bohemian Vocal Studio is the only voice school to trust 100%"

My studio is regularly featured in Top Ten lists along side Christina Aguilera's Masterclass, "Coach To The Stars" Roger Love" and the most famous vocal methods out there.

And do you want to know WHY Bohemian Vocal Studio gets so much love out there?

That's because this approach simply WORKS.

And do you want to know HOW I know that it works?

Because I use it myself (remember all that killer feedback I'm constantly getting?)

My students use it.

Other voice coaches even use it - yes, some of my students are now singing teachers too and have MASSIVE followings themselves.

But you didn't come here for me to tell you just how great I am, how awesome it is to have a four octave range and how universally respected Bohemian Vocal Studio is - you came here to learn about tongue shapes in singing.

And that's exactly what I'm going to show you in a moment, but there's something much more important that you need to learn first.

You might be surprised to learn that EVERY vocal technique, tip, trick, term and concept out there relates to just FOUR basic fundamentals.

That's right, there's really only FOUR things that you have to learn to become a total powerhouse singer.

Obviously, you just learned MORE in a <10 minute video than you've probably learned in years and years of trawling YouTube for the answer to great singing, and probably more than you've learned even over many years of taking singing lessons - right?

But you still want to learn about those pesky tongue shapes.

Which is fantastic - because if you've made it this far, you're READY for this information.

You're not just a casual "tyre kicker" looking for a cheap trick or magic fix.

You want the real deal.

You're SERIOUS about your voice.

So let's talk tongue positions first, and then I'm going to share with you the #1 most important thing you've EVER going to learn about singing vowels.

Now, the easiest way to explain and demonstrate tongue position in singing is to point out my Aussie accent. You heard me speaking in the video above, right? It's a pretty hefty Aussie accent, right? I'm pushing 40 now - so it makes sense my accent is pretty oldschool, especially considering I grew up out in the country and didn't really see the city until I was well into highschool.

But when you see me singing in the following two clips, there's no Aussie accent to be seen. I'm not pronouncing and spitting my words out - but I'm also not trying to sing like an American.

My singing voice is actually what is called "accent neutral".

And the way I achieve this is by first shaping my tongue correctly, and secondly to sing a pharyngeal vowel rather than a "mouth vowel".

So let's watch those clips. The first is a Mark Lanegan cover I recently released that shows my natural baritone low range - you'll see that my singing voice in this range is very different to my speaking voice in this same range.

The second clip is actually an original song of mine that is from the second Dead Spirit Communion album, and was basically just an excuse to go nuts in my high range and see what my voice is capable of when it comes to an intense, extreme, heavy setting.

Check 'em out and see if you can work out which tongue positions I'm using to achieve this powerful, effortless "accent neutral" tone that travels from my lowest note up through four full octaves of connected range.

Tongue positions in singing are really grouped into two types;

So when you sing any AH based vowel, including AH, AA and OH - the tongue shifts into a downwards position in the mouth, kindof like a taco!

So if you're wondering why your speech accent is coming out so heavily when you sing, or why you're struggling with all that strain and tension - pay attention to the position of each of your vowel sounds. 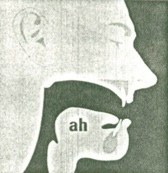 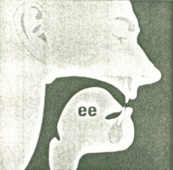 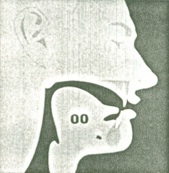 A vocal line like Soundgarden's Black Hole Sun "In My Eyes" isn't sung literally as "In My Eyes", it's really formed as "Tongue Up-Tongue Down-Tongue Down" or phonetically as "AY-n-m-AH-ee/y-AH-EE-s" - try it yourself while focusing on tongue position.

But more importantly than that - which vowel overtone are you using?

If vowel overtones aren't something you've heard about before, you're about to discover the #1 most important thing you will EVER learn as a singer in this next video:

Where Do We Go Now?

So you're a master of tongue positions, and you've signed up for the three part vocal plan above - but you want MORE.

You want the PRO SECRET.

You're ready to INVEST in your voice like only a serious singer would.

So you've really got two choices at this point;

Option 1) You've got everything you can from this tutorial and from that killer "Four Vocal Fundamentals" video you watched above, so it's time to say goodbye.

You click of this tab, close the window and after clearing your cache in a few days all memory of our little chat will be erased.

You go on watching video after video after video on YouTube looking for "the true secret to great singing", even though you just learned that it was to master The Four Vocal Fundamentals and work towards developing your register overtones.

And instead of doubling your vocal range, hell, even tripling your vocal range like I did when I truly learned to apply the simple but effective approach I've shared with you today - you're just going to keep searching google for answers that never come and subscribing to the latest YouTube channel doing "voice coach reacts" videos, which are entertaining, sure, but they don't actually teach you even the slightest thing about singing better.

Especially when you were just ONE CLICK AWAY from becoming a seriously powerhouse singer.

Don't be that guy.

Option 2) You invest in your voice like only a serious singer would by purchasing the Foundation 101 singing course.

Hey, I'll even throw in the Growth level course for just a few extra bucks - you've made it this far, you may as well go the full way, right?

You get to work straight away and see immediate improvements in your tone, a release of strain and tension - and it even feels like you're getting a few high notes that you've never been able to sing before. And that's even before you check out the Growth course - which absolutely blows your mind, and after learning to sing with Vowel Modification and Compression, your high range explodes and you're singing songs you never even dreamed of being able to sing before you read this humble little article on Tongue Shapes.

Aren't you glad you're not the guy from Option #1?

With the Foundation 101 Course