Simplify Your Singing [The Powerhouse Approach Used By Pros] 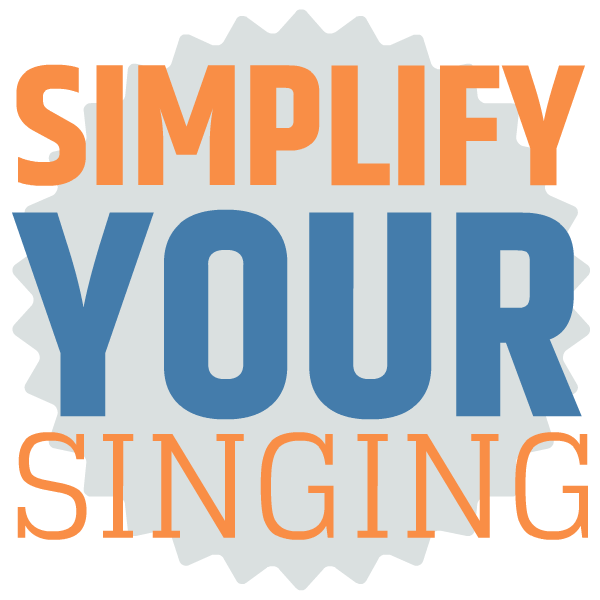 When you look at old videos of Aretha Franklin singing - she's just going for it without overthinking things.

When you watch videos of Chris Cornell live in 1990 with Soundgarden - he's stomping around the stage, crouching down and wailing D5's, E5's, even F5's without even the slightest effort

When you watch Adele singing live - she's not bothering with posture, and you can't see her huffing and puffing from the diaphragm like an athlete

It's easy to overthink your singing approach and complicate the way you sing, but I'm here to tell you that you really CAN simplify your singing and use the same approach that hundreds, even thousands of pros have used for decades to sing with ease, freedom, range and a killer tone.

Now, I'm not one of those guys out there who's going to say "Layne Staley used my vocal approach!" or "Chris Cornell uses my method" - after all, I was only a few years old when Soundgarden first started in 1984, right? Instead, I want to share with you exactly what I've learned from these guys with the classic voices that we're still listening to 20, 30, even 40 years after we first heard them.

And this is why:

And Chris Cornell - well, that guy's voice was just from another planet.

Yet that's exactly what you're doing.

That's exactly what I was doing for many years too - until I learned the simple approach that allowed me to sing with the same freedom and power as my favourite singers, without the need to carry around a 20-step checklist for how to do it.

The thing that used to amaze me about all of my favourite singers, like John Fogerty, Paul Rodgers, and Layne, and Jim Morrison, and Eric Burdon, and Ray Charles, and Warrel Dane - is that they were all incredible singers at a very young age.

It obviously didn't take Paul Rodgers 10 years to learn how to sing - after all, he was all of about 17 years old on the first FREE album in the late 60's.

Layne and the guys from Alice In Chains were all of about 20 when Facelift came out - and those A4's from Man In The Box just sailed out of Layne like he was half asleep.

Surely Chris Cornell didn't spend a decade mastering Vowel Modification before he was able to sing Beyond the Wheel, right? I'm pretty sure Janis Joplin had no idea what she was doing - but Piece Of My Heart is a timeless classic.

And the reason for this, is that all of these powerhouse, dynamite singers found the best way to use their unique instrument.

I'm going to guess you've been spending a LOT of time trying to "sound like this guy" or "sing this other guy's song" or "hit that note in the same way she does" - am I right?

I'll admit, this is what I did for WAY too many years while learning how to sing. Instead of working on my own strengths and working through any weakness in my voice - I just tried to copy what my favourite singers were doing.

Remember, Paul Rodgers isn't trying to "sing like Paul Rodgers" - he's just singing with his natural resonance, a nicely open vowel, a pleasant tone and ultimately what was right for the songs, and THAT, my friend, is exactly why we're still listening to Bad Company records 50 years later.

Something really incredible that I was taught almost 20 years ago now, was that the voice is developed and built in the same way a supercar is built. You don't just drop a 5000 horsepower engine on the floor, attach a gearbox and then floor the accelerator, no, you first start with a shell. Then there's wheels. Then there's breaks. Then there's the electrics. Then there's the engine. The exhaust. All these individual elements make up the "foundation" of a race car.

And that's exactly what all of these singers were total MASTERS at.

Instead of trying to sing with distortion relentlessly because "that's what his favourite singer was doing" - Layne sang with forward placement, an open vowel, great airflow, balance between the registers; and only then, distortion and grit was used to effect with taste. I'm going to guess that you've been grinding into AIC songs like it's going out of fashion, right? And that they probably don't really sound "right" with the distortion?

Here lies the problem: You're overcomplicating everything rather than keeping it simple.

I'll tell you a secret.

Singing with distortion if you don't have a nice, forward placement is almost IMPOSSIBLE.

You're ultimately trying to run before you can walk - or floor the accelerator before there's wheels on your supercar, so to speak.

And here's where everything is about to get SO much easier for you.

I've already learned what you need to do to build that ROCK solid foundation.

I've even organised and complied it into an easy to use approach that you can start right now.

The Foundation 101 singing course really is the most simple way to learn how to sing - and it's very fast.

The reason they're not agonising about vowel modification and placement when they sing live is because these fundamentals are built into their foundation as singers.

At this point, you're probably expecting me to try and sell you the course, right? Well, I'm not even going to offer it to you at this stage - because there's something I want you to know first.

Do you want to know why these singers were all so great at such a young age? How Chris Cornell was able to sing with four full octaves of connected voice? Why Layne could flick the distortion switch so instantly and effortlessly shift between clean and gritty singing in an instant?

You might have been expecting some buzz word or marketing term like edge, or curbing, or Open Throat technique - but the truth is, these singers were all masters of their own resonant overtones.

If your high notes sound like you're turning on a garbage disposal unit in your sink, or they're just all air - it's actually the register overtone within your vowel that is missing. It doesn't matter how much compression you add, how much support - in fact, without the vowel overtone, then you'll never sing with freedom, power or a full range.

This is really what "natural singers" are great at that you and I might not be getting right from the start - and it's also something that not too many approaches or teachers out there really talk about; because they're already great at it naturally.

This is also why interviews with your favourite singers often fail to show any insight into their actual approach as singers - they might mention one of the basics like support or breathing, but they very rarely share any insight into why they're such incredible singers.

And that's because they're already singing with the right vowel overtones for their instrument.

Don't feel bad - I wasn't a natural either, this took me YEARS to learn.

I'd love to save you those same years of struggle and straining by showing you exactly how to unlock your register overtones in the easiest, most effective and practical way.

If you're serious about sounding like a truly PRO singer, then you absolutely must watch the tutorial I've put together for you on Vowel Overtones (you can also watch the full video HERE to see a "before and after" of my own voice before and after I mastered what I'm about to share with you)