I’ve spent over 20 years building more vocal range that I ever imagined – but do you know one of my absolute FAVOURITE things to sing?

And I don’t just mean the first few words of a verse, I mean the kind of powerful, resonant, controlled low range that only comes with time, practice and great technique.

Can you learn HOW to sing low notes? Or is it just a “voice type” thing?

I’ll go right ahead and say that yes, my voice is lower than most guys – but not in a Barry White kinda way. Most people don’t realise the years of training and hours of warming up that goes into my ability to sing high with ease – stuff like Layne Staley, Chris Cornell and Bon Jovi; sure, it’s now a cinch to sing, and obviously was a dream of mine to build the kind of range that I now enjoy – but my voice really sits most naturally between D2 – E4 when it comes to ‘classical’ voice type; making me a pretty solid baritone with some bass tendencies in there for good measure.

Do you want to know what I’ve learned after 20 years of learning how to sing high when I naturally have such a low voice?

I used to just bellow and bark my low notes; with pretty disasterous results. In fact, when I used to push, strain and struggle to get through gigs the first thing that would become difficult was actually my LOW range – that’s right, after an hour of screeching and screaming I often started to lose my natural low range, and my speaking voice was quite affected by my poor approach to low notes – until I learned something truly amazing:

Your speaking voice is NOT your low singing range.

Read that again –  Your speaking voice is NOT your low singing range.

That’s right – if you want to be a GREAT singer in your lower range, it’s important that you develop a powerful approach to vowels, as sung vowels are really a resonant overtone rather than an articulated “speech” sound.

Here’s a great example of the powerful and expressive low range that I’ve developed using this simple approach to pharyngeal vowels;

You’ll see there’s no Aussie accent in sight, and my tone is resonant, controlled and powerful even in an expressive and emotional song like Mad Season’s “Slip Away”.

Want to know exactly how I’ve developed this killer low range? Read on.

Alright, the very first thing you need to do to sing those powerful, resonant low notes is actually to sing FORWARD – that’s right, your low range is actually strengthened and built by developing a  bright and forward vowel tone.

Listen above, my tone is forward and bright – not ‘nasal’, but BRIGHT by way of resonating within the bones of the face to bring my low range out of my throat.

Do you get a larynxy-froggy-Kermit kind of sound when you try to sing low notes? Yep – that’s because you’re not singing forward with a bright vocal tone.

The second thing you need to learn to do is support your voice.

But wait a minute, I thought that support was just a belly-clench for when you belt and yell high notes?

The truth is, diaphragmatic support has WAY more to do with how you ‘exhale’ than it does the way you hold or compress your air to create pressure.

The next time you sing a low note or lower vocal phrase, focus on singing “all in one flow” as though every word is connected through the phrase – and as though they are all flowing out on ONE breath for the whole vocal line instead of one breath-release for each word and syllable.

The third thing you need to do to develop a killer low range is improve your vowel sounds – that’s right, great singing in your low range actually requires you to form a pharyngeal vowel within the vocal tract rather than just “speak low” like many people try to do when they sing a low note.

Instead of using your speech accent and glottal articulation like many people and accents do in speech – try it again with a consistently resonant sound that follows one of these six pharyngeal vowels;

You’ll notice when you simplify your speaking voice into these basic vowel sounds, it’s MUCH easier to resonate with a full and powerful vocal tone.

While this is my ‘natural’ range that came easily to me long before I learned how to sing properly and wail with the 4+ octaves I now enjoy, it’s taken many years of training and troubleshooting to nail a song like this with such confidence and ease.

If you’d like to develop a killer lower range like me, the key is really in learning to sing your vowel sounds properly – which I’ll show you right here in this free lesson on singing vowel sounds where I’ll actually SHOW you how to sing with each of the four vowel overtones; not just talk about them like other voice coaches do!

Click here to learn exactly how I’ve developed such a BIG voice – and how you’re going to build one too! 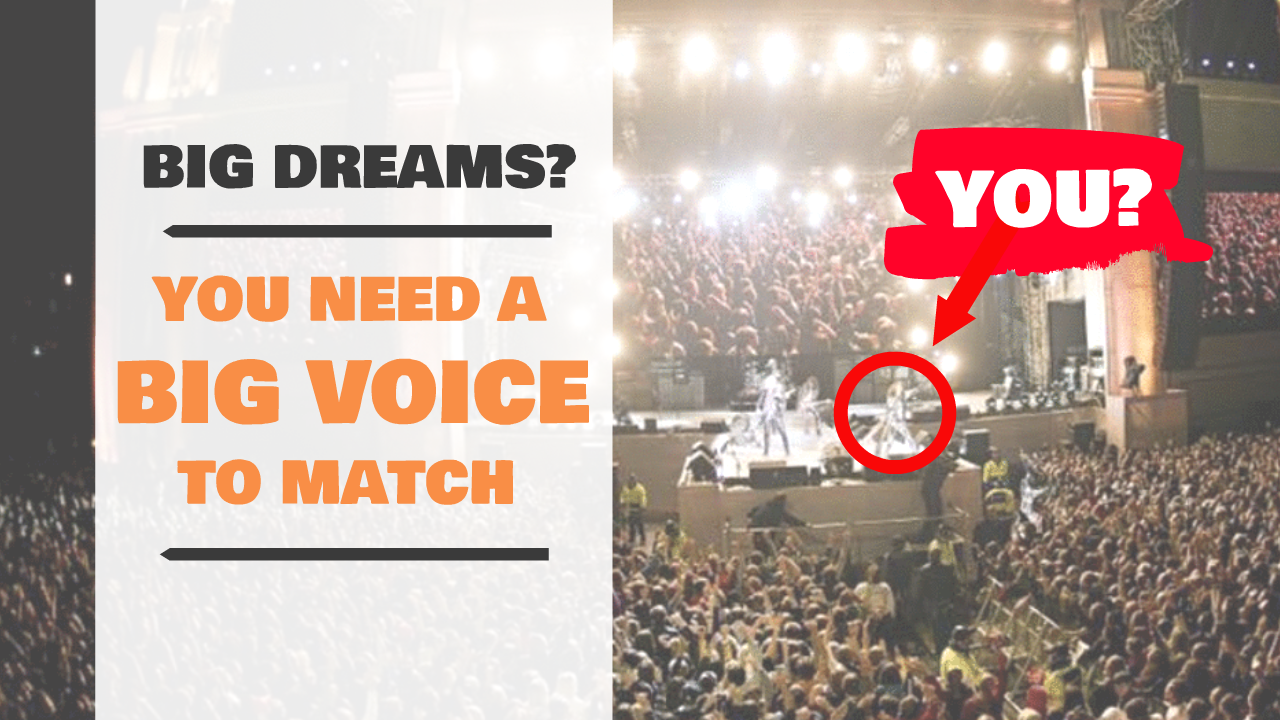