How To Sing Better Instantly

So you've been looking at "how to sing" videos on YouTube and searching high and low on google for the real secret to great singing - the magic bullet that is going to make you sing better instantly. In over a decade of professional voice coaching myself, I've found the truth that there really is no magic 'secret' to great singing, other than improving your vocal foundation day by day and dedicating yourself to a strain-free and resonant singing voice. However, these three simple steps combined really will make a singer of any level sing better instantly. The key to excellent singing and consistent vocal chops is really the ability to juggle many simple tasks at the same time - and these three simple steps will help you balance each important aspect of your voice every time you sing. Are you ready to sing better?

Step 1: Setting Up The Vocal Tract (aka "The Internal Smile")

You've probably seen a singer going red in the face while struggling to sing a high note, or sustain a vocal line with ease - all the while spreading their mouth wider and wider in an attempt to "get more space". In reality, a wide smile at the lips will do more harm to your singing than any superficial benefit a beginner might see in their first few practice sessions. The right way to set up the vocal tract is with "the internal smile", where bright and expressive eyes give way to raised cheeks in the front of the face, sunken cheeks in the back of the mouth and most importantly, a raised soft palate to achieve space within the vocal tract itself. This step alone will allow even a total vocal newbie to achieve a resonant and "open" vowel. Ever heard the term Open Throat Singing? You guessed it, this term refers to space in the vocal tract high in the back of the mouth rather than actual space "in the throat" or between the vocal folds themselves.

To achieve the Internal Smile, imagine you're making eye contact with someone at a bar. You're not going to pull a crazy Joker face at them, all toothy and threatening - instead, you'll just going to flash those beautiful eyes and maintain a slight 'lift' in your cheeks. If you inhale from this position, you'll likely notice a cold feeling, or a raised feeling at the back of the mouth as the soft palate raises in a partial yawn configuration. You can even inhale from the position of a "K" consonant sound, like a surprised gasp inhalation to increase this sensation further.

Quit smiling like a crazy person and trying to devour your audience and set up your vocal tract correctly with the internal smile first.

Maintaining consistent airflow doesn't mean what you probably think it means - we're not just pushing out air when we sing. Vocal resonance is really achieved by air flowing in waves through the space and shape of the vocal tract itself. It's a common misconception that your voice travels out of your mouth - resonance itself is internal, and hence your voice is really 'within'.

Achieving consistent flow of air so that you have consistent waves of resonance is different for each singer and different through each stage of your vocal development. Many beginner pop singers are excessively aspirate to begin with, meaning that they simply release or push too much air through the folds as they song. On the flip side, many budding rock singers do the opposite and try to completely clamp their vocal folds shut in an effort to achieve a compressed and powerful sound. The key here is to identify which vocal type you are when it comes to airflow - are you breathy, or are you a classic "clamp and push" singer?

If you're a breathy singer, the key is to hold back some of your airflow by resisting the recoil of the diaphragm - known as support or Appoggio in many singing methods. If you're clamping and pushing, then the solution is to actually allow a touch more air through a tricky phrase or as you ascend in range - like an inaudible "H" or "SHH" or "sigh" instead of closing off your folds completely. Learning to achieve consistent airflow on each vocal line does take time and practice, but with these two simple motions of either "hold" or "release" - you really will sing better instantly.

Step 3: Sing with a forward placement

Placement is a strange word to use when it comes to singing - but like support, or "open throat", doesn't really mean the literal translation. While you can't actually move or place your voice, you can in fact create and encourage healthy frequencies which activate specific resonators in the voice - making it appear as though your voice exists in different parts of the body. In particular, it's important to sing with a forward placement rather than a dull placement that is muffled in the back of the head.

Beginner singers in particular seem to struggle with this concept, because they don't want to sound nasal or whiny (which makes sense, right!) - without really making the connection between improper placement and these ugly sounds. A forward placed voice, which might seem a little brassy in a vocal exercise, will actually be incredibly rounded, balanced and beautiful once the correct vowel and resonant space has been achieved. My students are often surprised at how easy it is to sing, and just how pleasant their singing voices are when they get over this initial fear of forward and bright vocal sounds - in my school, brighter is better.

A great way to achieve a forward placement is by using a slighty bratting sound "wah" or "waa" sound like a child or even a duck (quack!), or the common twang exercises of NYAH and NYAA - while these sounds in and of themselves won't actually help you achieve vocal placement, they will show you how and where you should aim to create a forward sound when you sing and practice. One of my favourite twangy vocal sounds is actually the word "Sing" - if you sustain the NG portion of this sound, you'll notice that much of the weight is released from your tone and you achieve a bright ring that buzzes in the nose (actually, in the sphenoidal sinus at the back of the head - but, that's a conversation for another time!), which can then be mimicked in other vocal exercises to encourage a forward sound the more you practice and sing with this buzz.

Set up the vocal tract correctly using the internal smile - not an external smile at the lips!

Maintain consistent airflow using either a subtle 'hold' at the diaphragm, or a slight release in the form of "H" or a sigh.

Sing with a bright, forward buzz using placement and twang.

These three simple steps alone will make you sing better instantly, no matter what level of singing you are currently at. I often find even the more advanced singers, touring professionals and yes, voice coaches that come through my studio are letting one of these concepts slide here and there while wondering "why am I inconsistent?". These three steps are an important aspect in any vocal foundation. 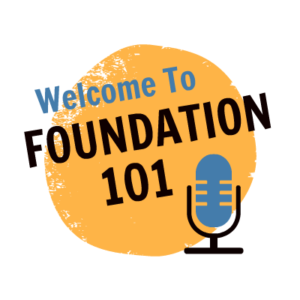 If you're looking to improve your voice beyond the instant improvement you're seeing with these simple steps, I encourage you to check out the Foundation 101 singing course here at Bohemian Vocal Studio, which will not only show you how to achieve consistent airflow, a forward placement and a correctly set vocal tract, you'll also learn;

Kegan is the master of vocal training… Period!

The Best vocal coach ever. This education divide my vocal life in two parts – before and after!

If you want to sing rock/blues, this is the guy!

One day of Foundation and I've already improved!