Can Anyone Learn To Sing? [My Ten Year Journey] 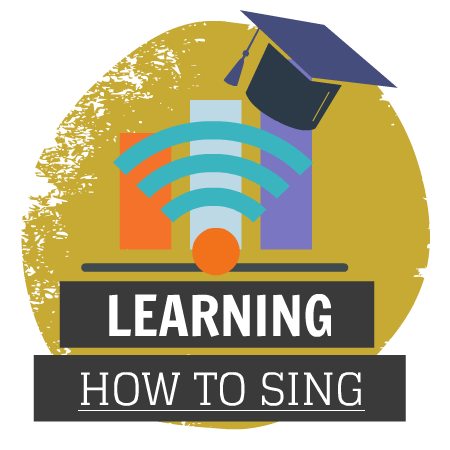 I learnt to sing the old way. You know, weekly lessons with a stuffy classical teacher telling me to "sing forward", rapping me on the knuckles every time my vowel widened at the mouth, and the age-old baloney of "Don't sing Rock music - you'll get polyps!" - I spent year after year going to these lessons and saw very little progress. It really did make me feel like maybe I didn't have what it took to become a great singer, and often felt like cutting my losses and giving up.

Do you feel like giving up singing? Don't lose hope! I felt exactly the same for a very, very long time.

In fact, in the process of trying to answer the question "can anyone learn to sing?", I recently sat down and worked out that I personally spent more than $15k on singing lessons over a period of ten years as a vocal student - which now just seems like an offensive amount of money to spend on something that I can do so effortlessly now.

To answer the question right off the bat; as someone who wasn't a natural singer myself, and someone who really struggled even with the basics - If I can do it, then you can absolutely do it too; absolutely anyone can learn to sing well.

As a slight segue, I'm going to take an educated guess at why you're here - you've tried to sing before, or maybe you've even taken a singing lesson or two and it's just not working for you. The high notes are too high, the low notes are too low, your tone is pretty bad and you keep blowing out your voice. Do you want to know how I turned my singing voice around after ten years of these exact same struggles?

Well, If you keep making the same choices, you're sure to repeat the same mistakes.

Quite a long way into my journey to becoming the singer that I am today, I realised that the standard "singing lesson every week" process of learning to sing just wasn't working for me. In the same way that the "30 kids in classroom" highschool approach really didn't work for me either - I needed something practical, to the point and a set of goals for the short, medium and long term as a singer - something that weekly lessons just wasn't giving me.

I was fortunate at this point to find a new teacher who felt exactly the same, and in fact told me not to come back to lessons unless I met a set of short term goals first because it was "a waste of both our times". While this probably doesn't sound very nice and friendly, it really was exactly what I needed to hear, and the kind of accountability I needed as a student to PROVE it to myself and all my previous teachers that just didn't seem to care very much that I really DID have what it takes to be a great singer.

You can't expect different results from making the same choices.

Once I returned to the second singing lesson with my new coach after a couple of weeks struggling, but finally persevering with the super-basic and fundamental exercises he had asked (well, demanded) that I could perform perfectly before returning to another lesson; he said "Okay, NOW you're ready to learn how to sing". At the time I really didn't understand what this meant, but now I see it in spades with every new student that walks in my door coming from other vocal methods and from weekly local singing lessons - I can see the desperation, the disappointment and the frustration almost immediately, but the most common thing you'll notice in a frustrated singer's voice is the imbalance that comes from simply trying too hard. There's too much information in their head, way too many exercises that they don't understand, too many moving parts and way too much effort.

For me, this is what that fundamental set of vocal exercises fixed for me almost instantly, the frustrated imbalance that had been built from years of struggle and mountains of unnecessary scientific information about a process that I really couldn't achieve physically.

With a newly balanced voice and freedom from all that frustration and needless effort, we started to unlock my voice week by week by simplifying my approach into something tangible, practical and achievable in multiple stages in the immediate, medium and long term - in a way that I understood both figuratively and in a physical sense; and the progress was almost instant. 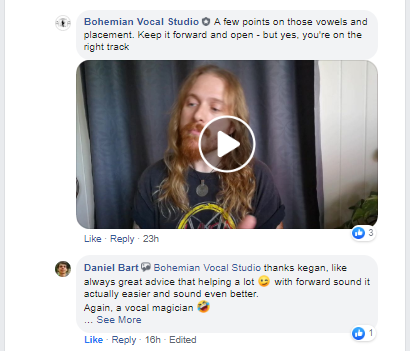 I've now used this simple approach to teaching better singing for over a decade now, and I've even developed a set of courses; Foundation 101 and Growth 101 from the mould that I had so easily built my own voice from. The first step is regaining balance in your voice and setting up the fundamentals in Foundation 101, then growing and building each element for the longer term in Growth 101.

The thing I've noticed since launching the courses and branching out internationally as a voice coach is just how many people come my way having purchased singing courses previously, really expensive singing courses, and they're singing exactly the way that I used to sing - belting and forcing absolutely everything with as much force as a ten ton truck, and with the same issues surrounding their accent, voice type and even stylistic choice from the music they enjoy. The initial response to my approach is usually a hard recoil "but I've been singing so long already" or even "but I can sing higher when I push", but when they finally regain balance in their voice by refocusing on the fundamentals and building their voice the right way - is followed by immense gains and drastic improvement in their ability to sing.

Does this sound familiar to you? Are you pushing too hard or struggling to sing with balance?

You can imagine the shock I received some years later when a new student booked in with me and it was actually one of my very first teachers from over a decade earlier asking for help with the very same issues that I had been experiencing. I don't think she made the connection at the time that as a teenager I had been one of her students, and I of course didn't have the heart to tell her - but this was such an affirming experience for me and really validated for me that there was nothing wrong with my voice, only the process that I had been using to learn how to sing.

You can see just how well this process works in the private Mixed Voice Singing Group which I curate; it's a welcoming but closed community of singers and students just like you who are looking for something that really works and an alternative to the mainstream methods that only seem to work for natural singers who can already sing well - something I definitely was not when I first started learning to sing. You'll see unlike any other voice coach, I'm actually an active member of the community and post up videos, tutorials, tips and training for everyone in the group regularly - this really is the singing resource that I wish I had access to when I was first learning how to sing instead of having to wait another week for a half hour singing lesson to ask a simple question, let alone get an actual demonstration with actual singing that wasn't just lip trills or classical exercises.

If you're just sick and tired of pushing, straining and seeing so little progress in your singing, you can get started with the Foundation vocal method in this exclusive mixed voice singing lesson which will show you the exact method that I use to help my own students connect their chest and head voice to create mixed resonance and sing without strain and tension.

If you're absolutely serious about your voice like I was when I first introduced to this fundamental approach to singing, you can join me right now in the Foundation 101 singing course and learn the same powerful but simple steps to increasing your range, improving your tone and releasing that tension once and for all.

But instead of just telling you any further about how great it is to sing with so much freedom and power, how about I SHOW you exactly what you can achieve with this powerful yet simple approach to great singing - Here's just a few examples of the voice the Foundation vocal approach has given me, yes, even as a Baritone - Just imagine what you are going to achieve when you are free of strain and tension when you sing!