Are You Struggling To Sing Lip Trills?

Lip trilling exercises - they're annoying, they're boring, they make you feel silly; but they're absolute DYNAMITE for building an extensive and powerful vocal range!

You might have already found that most, if not all vocal courses and singing methods out there employ a lip trill in some way in the initial stages of learning how to sing - they're the universal go-to for developing the basics of a healthy singing voice.

This was me many years ago - I burrrr'ed and phhh'ed, huffed and puffed and spat everywhere, but that sustained lip trill I was searching for just didn't come, even with HOURS of practice.

Does this sound familiar to you?

I actually found the same thing with a LOT of common vocal exercises - hours and hours of practice with very little payoff, it almost seemed like I just had a bad voice and nothing was ever going to work for me.

Until I discovered WHY my lip trills weren't working.

It wasn't just one thing either, it was FOUR different issues with my trill - and once I managed these four simple fixes for the humble lip trill, my voice started growing like crazy and I was finally able to move on to more practical sounds and singing vowels.

I once had a voice teacher tell me he "didn't want to see me back in his studio if I couldn't sing a perfect lip trill" - harsh, I know; but super effective in motivating me to improve my ability to sing lip trill exercises.

It took me a few weeks, but I proudly crashed through those doors at his studio with my head held high and the perfect lip trill to boot.

Let me share with you each step for perfecting the lip trill;

Let me take you through each step for creating the perfect lip trill - and some of the common issues that might be holding you back from the vocal progress you deserve.

You might have expected me to say "diaphragmatic breathing" straight up, the it's important to make the definition between simply breathing in - and how you control the air on the exhale when you sing.

As you sing a lip trill, it's especially important that your airflow is carefully controlled - not a big burst on the onset, and not wavering in and out as you struggle to hold the trill. The key to developing diaphragmatic control is the third step in The Four Vocal Fundamentals;

"All In One Flow" is just as it sounds, instead of pumping the diaphragm back and forth like bellows - instead we simply need to slow the recoil of the diaphragm as we sing to ensure consistency and a vocal line (or lip trill!) that occurs as a result of vibration caused by consistently flowing air.

Try a lip trill now - are you blowing air out like a broken vacuum, or are you truly singing your trill "All In One Flow"?

The soft palate plays two important parts in a great singing voice, and especially in the process of creating the perfect lip trill. Try a trill now, but half way through; block your nose with your fingers - does the trill go absolutely haywire when you do so? If that's the case, then you my friend, have two passages of air occuring on your lip trill, the first being your mouth, and the second the nose by way of the velar-pharyngeal port.

When teaching my students to raise the soft palate to create Height In The Vocal Tract (yep, that's #1 in The Four Fundamentals), I also teach them to control the Velar port - or in simpler terms, how to control airflow through the mouth and through the nose independently.

You can try this right now by simply breathing in through your nose - if there's airflow through the nose, then the Velar port is "open" (the soft palate can actually be raised or lowered in this position). Now, if you breathe out through the mouth solely (without blocking your nose with your fingers) then the Velar port is "cloased" - again, the soft palate can be raised or lowered with this coordination.

When you sing an "open resonant" consonant sound like an N, M or NG - this port is open to allow airflow through your nose; but when you sing a vowel sound (or a lip trill!) then this port is actually closed to the nose. In the case of the trill, this allows that slow leak of airflow from our slowly ascending diaphragm to build up behind closed lips - eventually building to critical mass and the pressure being released from the weakest point of closure; resulting in the cyclical motion of a lip trill.

If you have your lips slammed shut hard, your trill obviously won't work because the pressure that builds behind the lips has nowhere to go (and your cheeks will fill up like a blowfish!) - but on the flipside, if your lips are loose and floppy, then the pressure that's built to critical mass will exit from more than one point/have too greater aperture; meaning that you blow out too much air as the lips open and the trill cannot begin to build up sufficient pressure in time to create a cyclical trill at the lips.

You can try the trill in a number of ways - with your teeth closed together behind your lips, with the tip of your tongue touching the roof of your mouth behind the top teeth (like an "N") or even with your fingers pushed into your cheeks to ensure your only weak point of closure is the very front and centre of your lips.

For me personally, learning to create a small space for the lip trill to occur at my lips was one of the keys to mastering this fundamental but pesky exercise - and the same can be said for vowels; having a "big" voice naturally, I always sang too wide, bellowed and shouted when I ascended - learning French sounds like OI and OU really helped me understand the concept of narrowing my vocal tract as I sang into the high range.

The way you start your note, or the "onset", really is one of the most important fundamentals you'll learn as a singer. Many beginner singers struggle with an aspirate onset (they release too much air first) or a glottal onset (they suffer from a hard closure of the folds first) - but the key here is to allow a balance of airflow and fold closure and the very perfect moment to create a balanced onset - and the same applies for your lip trill.

You probably already know whether you have an issue with the onset on your lip trill - do your lips completely blow apart when you start the trill? This means you're releasing air in a bust at the onset - and you're not singing 'All In One Flow'.

The true secret to becoming a powerhouse singer isn't with tricks, magic or secrets - it's really through simple mastery of The Four Vocal Fundamentals.

You'll probably be surprised to learn that EVERY single vocal technique, tip and concept out there relates directly to one of these four simple fundamentals.

By mastering these four basic foundation elements of your voice, you will ensure that you're practicing correctly EVERY time you sing - and you'll be setting your voice up for constant growth and unlocking limitless potential in your singing.

Now at this point, you're probably expecting me to try to sell you my course, at at the least direct you to some marketing tutorial on The Four Vocal Fundamentals; but that ain't how I roll - I'm just going to SHOW YOU how to sing with The Four Vocal Fundamentals right now in this powerhouse tutorial. Get ready to learn more in a <10 minute video than you've probably learned from YEARS of trawling YouTube videos and google blogs; 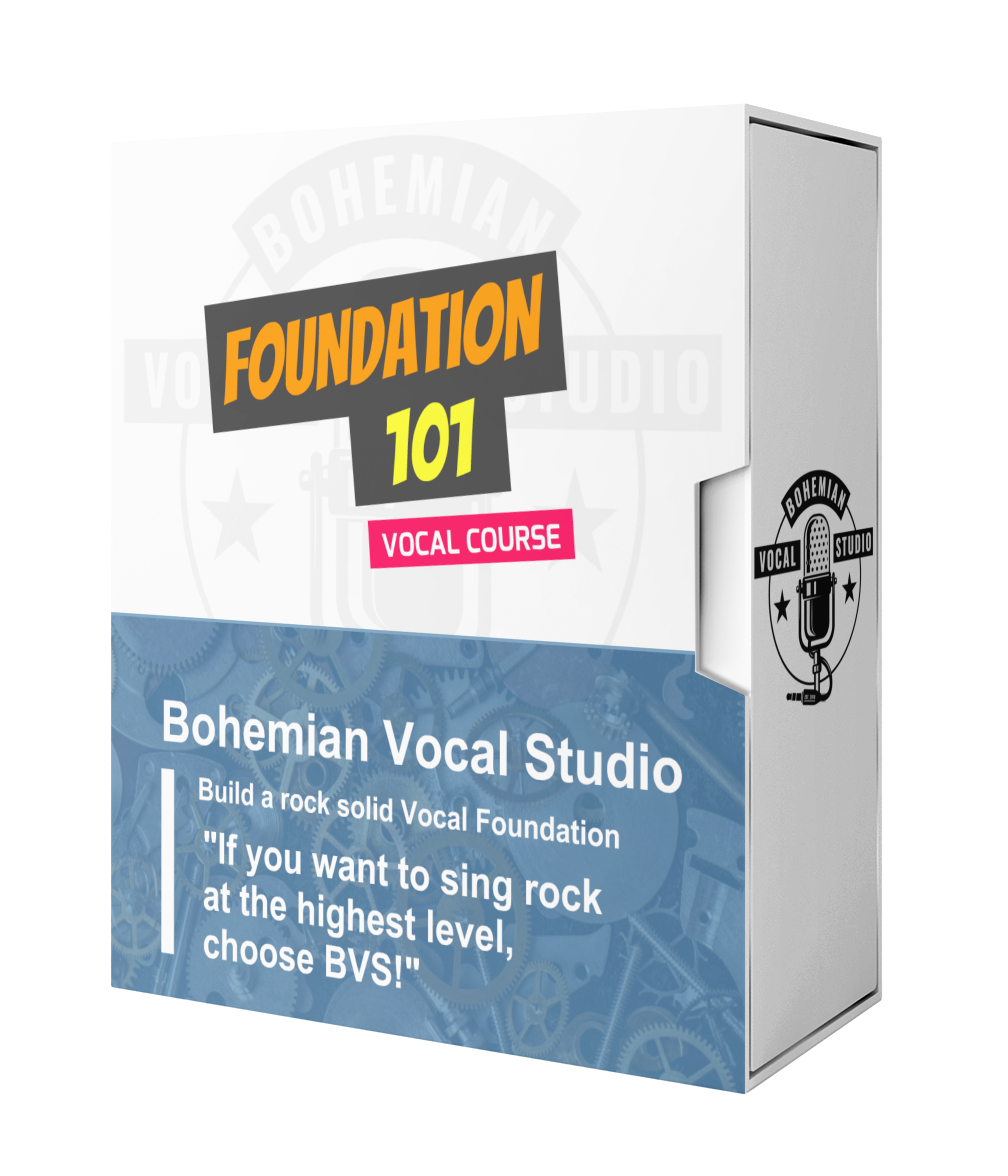 Here's what you'll learn in the Foundation & Growth 101 singing courses: