Legendary singing stars aren’t just ‘born’, beautiful singing voices are like an artwork that starts out with a blank canvas and is built over time. Sure, some singers are handed a full palette of vocal colour – but the end goal is the same for every singer despite our varied learning curves. As a baritone myself, I was born with a different “paint-kit” to a guy that was born as a Tenor, but we can both become fantastic painters and learn to paint the same style and sing in the same range, albeit with our own natural skills and style. These 5 Things that Legendary Singing Stars have in common will be surprising and possible life changing if you too can develop the same simple and practical techniques of these 5 Legendary Singing Stars.

Known as the all round talented singer and guitarist of Soundgarden in the 90’s, and as the model-looking frontman of Audioslave in the early 2000’s, Chris Cornell was as much about vocal range as he was vocal tone. Every 80’s kid like me grew up glued to the TV screen while he sang Black Hole Sun.

The Queen of Soul. Aretha had an endless range and a beautifully soulful quality. One of the most difficult parts of learning an Aretha song isn’t necessarily to do with range itself, and more to do with the odd and creative vocal lines that she sang “off the beat” and in a somewhat improvisational way.

The most modern singer on this list for sure, John Legend is known for his natural baritone and soulful R’nB stylings, while retaining good technique and vocal prowess. As a “rock” guy myself, John Legend is THE guy where pop singing is concerned for me.

Range, style, sass – Whitney often comes up when I have sessions with my female students. Whitney was known for her extreme high range and general prowess as a singer, along with the ability to retain her signature tone and powerful delivery all throug her full vocal range.

Eric Burdon is one of my own personal favourite singers. As the pint sized frontman for 60’s English rockers, Eric Burdon became known for his powerful and bellowing baritone voice that seemed to have absolutely no limit in range, no matter how high Eric sang and belted. Eric Burdon might be from a different time, but his voice is timeless.

These five singers, albeit with their own unique styles, vocal approach, technique and eras all share 5 amazing things in common with each other that gives them their star quality and their vocal prowess. The same reason that Eric Burdon was able to muster a powerful belt in the 60’s is the same reason that Chris Cornell was able to hit a B5 with ease and Aretha could sing Soul like no other. These five important points will absolutely change your life as a singer!

Singing itself is easy, but learning HOW to do it well is the difficult part – in part due to all the conflicting information out there and vague singing instructions which aren’t necessarily tailored to your unique voice and individual needs as a singer. The most important part of great singing voice is your foundation – foundation is key in so many ways, and really does relate to the foundation of a house. Foundation in singing really is the concrete slab that your range and tone will be built upon! Are you ready to learn the 5 things that these Legendary singing stars have in common? Lets get started.

Balance is key to any great singing voice. Every aspect of your voice can be traced back to balance, whether it’s your onsets, tonal balance, registers, vowels, support; absolutely every aspect of your voice relates to balance. On the flip-side, every issue you experience as a singer is related to a lack of balance, from an unbalanced onset right through to lack of connection between your main registers. Developing balance and coordination in your voice takes time and perseverance, but is the ultimate goal of any serious singer. 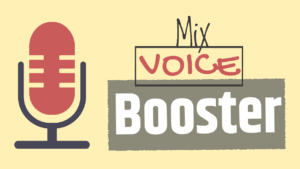 One of the most important aspects of balance in a great singing voice is mix voice singing, and secondly the manner with which you sing your vocal onset. Your vocal onset is literally the way that you initiate your resonance – either breathy, balanced, or with attack. A breathy onset occurs when you release airflow before you achieve closure, somewhat like a “hhAH” sound. A breathy or aspirated onset often dries out the vocal folds and results in a flat intonation. Now, a  hard, attack, or glottal onset occurs when you achieve closure before you release air pressure, resulting in a hard “attack” sound, like “Get” or “Kick” – resulting in similar strain and risk to the vocal folds and a sharp intonation. Now, the only healthy vocal onset that you should build as a habit in your voice is a balanced onset where airflow and vocal fold closure meet together in a simultaneous moment for instant, powerful and in-tune resonance. A balanced onset is just one of many aspects of balance in the vocal mechanism, and goes hand in hand with balanced resonance, balanced registers, balance muscles, balanced support and so many more elements of balance. 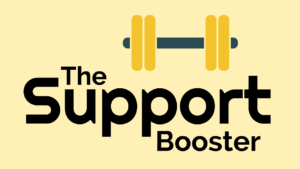 happens with a specific balance of air pressure and air flow in each individual voice. Develop proper breath support by working on your diaphragmatic control and compression for the same powerful base that each of these legendary singing stars could muster on cue.

Chris Cornell was known for his powerhouse support and the manner with which he used air pressure instead of air flow to great a powerfully resonant and often distorted sound that occurred when air pressure created an overtone in his resonance by way of compression. Learning to support your voice properly is a great way to learn how to sing like Chris Cornell.

At the end of the day, singing and speech aren’t the same thing. Sure, some accents out there have a ‘sung’ quality that is somewhat musical, but the manner with which you form your vowels really can make or break your singing voice. This is something I really wish I was shown from day one, especially considering my own low baritone voice with a broad Australian accent. At the beginning, I simply didn’t understand that there was a DIFFERENT way to form your vowels aside from speech pronunciation – shaping each vowel with your tongue while allowing resonant space is the most efficient way to sing, and really does make the difference between a powerful and effective vocal technique, and one that is speech-like and lacks resonance.

Listen to the way that Aretha sings her words – they’re not really “speech” sounds, right? That’s because she’s shaping and forming here sung-vowels properly to create efficient resonance. This brings me to the next point:

Following on from vowels, the truth is – “vowel” in singing really means “efficiently resonant sound” rather than “speech sound”. Instead of A, E, I, O, U like you use in speech, instead you need to first create efficient resonance, and then after the fact create the illusion of each of your vowel sounds THROUGH this efficient resonance. For example, the word “High” doesn’t actually involve an “i” vowel at it’s core – try it yourself with an AH or OH sound in the centre instead with a musical tone. Can you feel how you actually achieve the word “high” but with efficient resonance? When you fully release yourself to the idea that singing is resonance, and speech is articulation, you will achieve a powerfully resonant sound with very little effort just like the legendary singing stars on the above list

I know, I know – confidence is easier said and done, however, singing itself is largely a psychological process rather than just a feat of muscular ability, tendons and nerves. A great example of this is the fact the the diaphragm and vocal folds, two thirds of the main muscles involved in the singing voice are actually involuntary, meaning that they can’t be controlled directly in a physical sense, you need to form a psychological relationship with these muscles. This is the essence of confidence – understanding and knowing that your voice WILL work in a specific manner, and they you have a specific approach to absolutely every aspect of your voice, from consonants, to vowels, to onsets, to high notes and so forth. If you’re concerned about a certain word, or a high note, then of course your confidence will sway in consistency and you will experience stage fright or fear – ultimately effecting the efficiency with which you communicate and connect with the involuntary and psychological aspects of the voice.

A great place to start is the free foundations short course Foundation 101 available here at Bohemian Vocal Studio which will show you how to set up a ROCK SOLID base for your voice, just like the concrete foundation of a house, on which your range, tone and power will be built upon. When you’re ready to take your voice to the next level with professional voice coaching and practical singing technique, you’re welcome to book a Skype Lesson with me and we’ll start working towards extending your range and building control and consistency in your voice just like these 5 Legendary singing stars!

If you have any questions about learning how to sing, feel free to leave any feedback or questions below!