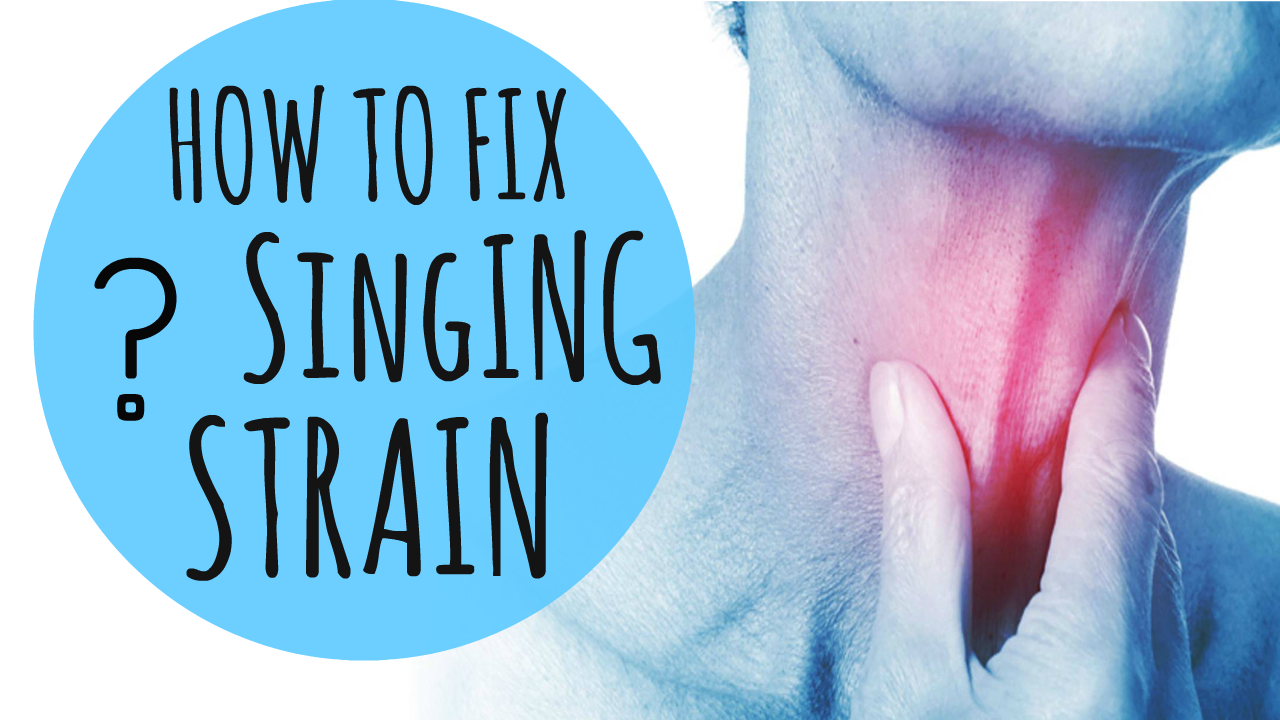 When it comes to learning how to sing - interpretation and application are everything. In my experience, if you took five different singers and gave them the same basic instruction to practice for a week, they would return with five different results - the instruction was solid, but the interpretation and application were not. This isn't entirely on the singer of course, it's mainly on the manner with which the concept and instruction were explained and demonstrated that caused the confusion in the first place. Instead, each singer should have been given a tailored demonstration and instruction suited to their voice and unique position as a singer - in this case, five different instructions would achieve the same desired result after the week of practice.

Learning how to sing is a frustrating process, right?

It doesn't have to be.

Let me share with you five different instructions that I was personally given by various singing teachers throughout my years learning how to sing, why you should absolutely avoid them at all cost, and also the truth about each of these concepts and where they came from, and more importantly, the right way you should apply them.

Now, the Coup De Glotte is actually a technique I employ with a certain section of singers who are excessively aspirate when they sing, but as a general rule, it's not an accepted method for teaching singing in a general sense, and let me explain why. When I was first taught the Coup De Glotte, or "Glottal Attack", it wasn't explained any further than that I should sing with exactly that, a glottal attack - hard closure of the folds, and I could only have assumed a fierce push of pressure to create vibration from this hard closure of the folds. I strained, I yelled, I shouted, I yelped - sure, I wasn't breathy and weak any more, but my pitch was awful, my voice was sore and I was excessively "chesty" in everything I sang, even pleasant ballads came out as grinding distortion with excessive force and volume; I really thought that I just sucked as a singer, because this "imperative vocal technique" as it was called, was impossible for me.

The big lesson I learned from my experience with the Coup De Glotte? You must be very careful of classical terms and techniques when learning how to sing, because they often don't mean the same thing as their literal translation to English. In the same way that Open Throat requires good closure and resistance more than literal "opening", and the same way you don't actually "support" when you achieve Appoggio (perhaps "rely" is better than "prop" or "support"), the Coup De Glotte in a practical sense can help aspirate singers achieve a balanced onset - but should be used with care, and sparingly if at all in singers with a naturally hard attack.

Kegan is a great teacher with a huge knowledge and talent - If you want to sing rock at the highest level choose BVS!

What do you mean, Mouth Vowels? I hear you say - in singing, the vowel is predominantly Pharyngeal, meaning that the tone and form of the sound is created by the shape of the vocal tract and the vowel positioned within the pharynx at the back of the head/throat. Now, this doesn't mean you sing at the back and muffle your sound, your placement should be forward and bright, but the vowel itself isn't pronounced at the mouth, but instead formed by the shape of the vocal tract itself.

I struggled with this initially because the very first singing method I was introduced to by my first vocal coach was centred around the speaking voice and the use of speech sounds in singing - and with my broad Australian accent, was an extremely damaging and risky thing to attempt, and could never result in a healthy singing voice. This is likely different if your accent is a little more open than mine, you'll probably get away with a more naturally spoken phonation with an American or Italian accent - but the idea you just sing with your speaking voice is one of the  most damaging concepts ever created. In speech, the vowel is created in the mouth and pronounced at the articulators/front of the face (teeth, lips, tip of the tongue etc), but in singing, the vocal tract itself, along with the soft palate, shape each of your vowel sounds and the variations that occur throughout each register of the voice.

Usage of mouth vowels instead of pharyngeal vowels is kryptonite to your vocal health - don't do it, no matter how many pop singers advocate this approach. Speech and singing are not the same use of the vocal mechanism and should be treated accordingly - there's a reason why you don't speak with a four octave range.

Belting in and of itself isn't unhealthy, but, building a belt machine as your 'main voice' that has no fluidity and no range or release is one of the most damaging (and sadly common) things I've seen in the last few years - and it's getting more and more popular. Dragging weight from the chest register through the mix range is fine as a 'tool' and effect in singing, but as the only method of reaching your middle register, it's poison to your vocal health, and your vocal tone will indeed suffer. This is often a result of a glottal attack as mentioned above, but it's also in part due to incorrect perception about how professional singers really sound when they sing. A powerful singing voice is one that is free, resonant and open - not one that is being manhandled and forced. With Rock in particular, it appears as though many singers are tearing their larynx out with a pair of pliers (and no doubt many are) to get an intense sound - but a really great singer will have balance, control and most importantly - fluidity in their voice and connection between their registers.

A professional singer likely uses a quarter of the amount of air that a beginner singer uses, and probably half the pressure too - because they're effectively achieving compression in a multi stage process of below (sub), in the middle (medial) and above (supra and twang) the glottis. There's no trick or secret to compression, like holding your breath or beating your chest like a gorilla - it's really the end result of effective training and finely tuned motor skills in the vocal mechanism.

With the Foundation 101 Course

Compression wasn't really something I heard too much about until various YouTube coaches started using the term liberally to describe the 'secret method' with which they create distortion and power in their voices. While compression and resistance to air flow/air pressure via diaphragmatic support and medial closure of the folds is important, it's not really something you need to develop or focus on too much when you sing - it's a bit of a chicken and the egg thing, if you develop balance and control in each element of the voice; you'll achieve a balanced, controlled amount of compression when you sing, allowing you to create a powerful and sustainable sound.

Compression is really a multi-stage process in singing, and refers to how you manage airflow through each of the pressure valves in the vocal tract - the sub, medial and supra areas of the glottis, and also partly the mouth and nose too. If you're simply building up pressure behind the vocal folds before you sing, then yes, this is a form of compression, but a damaging form of compression. If instead you manage this pressure throughout each aspect of the glottis, and in the vocal tract itself - this compression becomes subtle, controlled and effortlessly powerful.

I find that excess compression is caused by incorrect support, or excess support - in the form of a rigid solar plexis. If you feel like you're being punched in the stomach when you are singing, this is an incorrrect form of compression. Instead, if you manage vocal fold closure, a subtle narrowing of the vocal tract itself into the higher range, twang and of course healthy support - the compression described as a 'secret' by many YouTube gurus is simply a natural function of a healthy voice.

There's loads of instructions out there stating you should "smile" when you sing - but this is only helpful and healthy if done correctly. If you're literally smiling at the sides of the mouth, this can be very damaging to your voice, and will have the flow on effect of strain and tension, an excessively wide vocal tract, a shouty delivery and too much 'chest' in your tone.

Instead, the correct technique is actually "The Internal Smile", meaning that the cheeks are raised under the eyes, the cheeks are sunken at the back of the mouth, the mouth itself opens to an oval from top to bottom, and the soft palate is slightly wide and raised - almost the exact opposite of a literal smile externally.

You'll see many rock singers who are straining and yelling using a wide smile externally, almost like they're trying to fit a whole apple into their mouth in one go - where an exceptionally well trained singer will only have moderate width at the mouth, and oval opening from top to bottom at the mouth, and their tone will have the quality of release in the form of a raised soft palate to facilitate their high range without the need to push and shout - external and internal smiles really are like apples and oranges.

These five common mistakes held my singing back for YEARS. I added trick upon trick trying to get around strain and tension, when the real cause was these lacking fundamentals - in essence, my issues were all in the foundation of my voice, and tricks like glottal shock, a wide smile and compression were only masking a deeper issue. I've discovered that the true key to great singing is BALANCE in each foundation concept, and coordination between each aspect of the voice. Are you making any of these 5 common singing mistakes?

If you're sick of straining, flipping and tension when you sing, a great place to start is the Foundation 101 singing course here at Bohemian Vocal Studio. The Foundation Course will show you how to;

Kegan is the master of vocal training… Period!

The Best vocal coach ever. This education divide my vocal life in two parts – before and after!

If you want to sing rock/blues, this is the guy!